Chief Keef has been arrested again, this time on trespassing charges. In what has become somewhat of a routine for the 17-year-old artist who has seemingly spent as much time in legal custody as not this year, Keef was apprehended as he left a court appearance in Skokie for a speeding violation last month in Northbrook. After learning that he was barred from driving a vehicle for 18 months due to his 110 mph joy ride down the Edens, Keef and his team were surprised to be confronted by an unmarked police car with officers allegedly brandishing automatic weapons to arrest the unarmed Keef. The trespassing charge allegedly stems from a gathering near a school about a month and a half ago when Keef visited his old neighborhood. 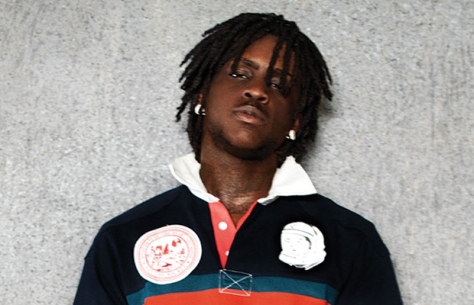 With the lockup of fellow GBE member Lil Durk on gun charges June 5, rumors have spread of a special CPD task force aimed at targeting Chicago hip-hop artists, most notably Keef’s GBE clique. While the jury is still out on the existence of the task force, it is worth asking: do officers from the South Side really need to apprehend a 17-year-old with automatic weapons? While it may be easy to point a finger at Keef and his associates because of their lyrical content, it seems as if officials are permeating violence in the city in an attempt to find a “face” for the violence that has been plaguing the city even before the local artists made it big or even picked up a mic. Read the full interview with Idris Peeda Pan, part of Keef’s management team, below.

ME: First off, can you take us through the events of the arrest?

IDRIS: Basically, this morning, Keef had court for that stuff they had all over TMZ; we got caught speeding out in Northbrook. So we went to court for that today, myself and my partners Dro and Mike and Keef’s uncle – together we manage Keef – and they were leaving the courthouse. It was funny because these cops waited until Keef, Dro, and the guys had parted ways with their lawyers, and then all of a sudden they’re pulling out from the parking lot and some unmarked detective cars scooped them up. These guys pulled out AKs and everything on them, man – it was very unnecessary when you look at the means by which they went to get him. These guys came all the way from the South Side to Skokie to pick him up for some warrant on a misdemeanor trespass. We’re just pissed off, we’re kind of like fed up at this point. We also found out recently that there’s a task force of several officers assigned to strictly investigate our label, GBE, and its affiliates and supposedly – to my knowledge – these are the same people that had something to do with arresting Lil Durk like a week or two ago.

ME: Where did you hear about this task force?

IDRIS: This was brought to our attention by people we all know in the police stations – this was brought to us by several sources that this exists and their sole purpose is to get paid by the city of Chicago, or even as one

puts it – by the mayor, to investigate us. It’s just not cool, man, because at the end of the day, this is a kid who’s 17-years-old and you got all these higher-ups trying to make him look like a face of violence amongst youth, and these problems started way before these guys were even around, and if they weren’t famous and weren’t making money by making their music [and] getting ahead, then they wouldn’t care about them. But because of the fact that they are a product of their environment, which are products of a lot of wrongdoing in our system and our society, it’s not their faults that they are thrust into the spotlight. They’re rapping; they’re making music for an industry that is promoted and supported largely by the same system that tries to slam it and criticize it.

ME: Do you feel as though, because of the music Keef and GBE choose to make, it is a cause for the increased police attention?

IDRIS: The problem is bigger than the music that they’re making. I’m not going to sit here and say that the things that are being necessarily promoted in a lot of the lyrics or songs or music are for the betterment of our society. I do disagree with that, but I think the problem is bigger. Personally, I’ve never been a fan or a supporter of people attacking recording artists for expressing themselves. A lot of the things these guys talk about, it needs to be put out there, and it might not be put out there enough. This spotlight highlights a bigger problem in our city and America. It really shows the mentality of our kids that are out here, man. I run into a lot of politicians, and they talk about their backgrounds, saying they used to be young and running around, but they didn’t grow up like these kids right here. They didn’t grow up really fending for yourself, you didn’t grow up with parents who were kids themselves and not in a proper place or state to nurture and groom a kid and show them how to be a proper adult in society. I know these guys; I’m not only a manager, but I’m a mentor, and the other guys that are around are doing [their] best to help mentor these kids, but we’re up against years and years, whole lifetimes being spent seeing things that contradict the things that we’re trying to bring to life and trying to tell them. So I think it’s bigger than saying, “Okay, ya’ll are doing some music that is promoting violence and these negative things.” I think it’s important for those things to be told, and on the flip side, now our responsibility of not only GBE, but a lot of artists to let people know there’s a better way, there’s a different way than all of that shit going on. I wouldn’t want someone to say that and not feel it; they have to really understand it, and these guys are young. Keef is only 17-years-old. These guys are still young and in a state of their lives where they’re still growing up.

ME: Do you feel as though Keef and GBE and unfairly targeted because of who they are and the music they make?

IDRIS: It’s like this: It’s not even a thing to think about. It’s clearly evident that, yes, these guys are targeted. I think a lot of it has to do with the “higher-ups” as I call them. They want to see someone held accountable, and more importantly, one of these guys, the artists, held accountable for all the bullshit going on in the city of Chicago on the fuckin’ South Side. They want to take someone and string him up and say, “We have someone locked up” or whatever, and it’s just not cool. I don’t know how much money the guys on this task force are getting paid to investigate rappers, but you could take that money and open some of these schools that are closing or do something to really set up programs inside these communities and start at the root of the problem. That’s where it has to happen, and they’re starting at the ass-end of the problem.

ME: What responsibility is there on artists like Keef and Durk to dispel the violence or go beyond talking about the violence?

IDRIS: Everyone who has a cause has to have a target in order to point out an enemy and say this is us and that’s them. The easiest way to do that with these kids is popularity, and the kind of money they’re making – it’s fucking sad, man. It is sad when I think of these people, and I’m not going to say names right now, but soon I’m going to start naming some names – and it’s going to be some big names – and I’m going to put out there some of the things they’ve been doing, these people in politics and whatnot that try to shut us down, [like] Chief Keef not being able to do shows. At none of his shows has anyone been shot or anything at a Keef show – everyone just comes out and has fun. He’s a young kid who made it from nothing; you can see his rise from being in the hood to being in Beverly Hills with 50 Cent. People love to see that because it inspires them, and that’s the big picture.

ME: Tell us about the scene on Monday at the courthouse. There were reports of unnecessary force?

IDRIS: It was way aggressive. They had the street blocked off, they had blockades, AKs, everything. You would have thought they were going to pick up Al Capone or something.

ME: Can you comment on the charge he was picked up on, the trespassing situation?

IDRIS: A little bit over a month ago Keef decided one day he wanted to go to the hood with a few of the guys. They were hanging out, and when Keef comes to the hood, people find out and the whole hood starts flocking to where he’s at. Some police or whatever saw what was going on, and they broke it up and saw it was Keef, and I think they were on school grounds when it took place, so that somehow is where the trespassing charges come from, him being on school property. Supposedly, they searched the car and said they found a little marijuana and things like that, and then his vehicle was impounded; this all stems from that incident about a month ago.

ME: Where are things going from here, legally-speaking?

IDRIS: The legal stuff, it’s not gonna stop. I would love to say this is the last time we have legal situations and stuff, but we can’t even go to do shows now because we’re trying to rectify things. It just comes with us learning as we go on. With a situation like this, there’s no one who can really tell us what to do. This is real management, this isn’t just artist management. This is real fathering and a family situation where we got to deal with a lot and make sure things are done properly from start to finish. Sometimes you have to let them do what they will and find out the hard way, but I’m confident that Keef and everyone else who’s around will get it together and proceed forward and make better decisions, and that’s that.